I am one week away from my qualifying exam and I am hustling to cover a couple more topics before the exam. Today I am going to do a couple posts on designing lag compensators with Bode plots as my design tool. (Hopefully I will cover lead compensators tomorrow.) I have several earlier posts on lead and lag compensators if you need a basic review.

Before I started reading Nise today, I thought that Bode plots were useful for designing controllers to meet steady state requirements but that they had no utility in designing for transient response. My intuition told me that the magnitude and phase plots show how the system responds at steady state. In fact, when we solve for points on the Bode plot, we only substitute in the steady state term (omega), and we ignore sigma (which determines the decay of the transient response). But I was wrong!

The Bode plot is actually related to the system’s transient response via the damping coefficient (and therefore its percent overshoot, and other transient characteristics) in both the magnitude and phase plots [1]. The magnitude plot shows the system’s bandwidth, which is related to the damping coefficient via the equation below [1]. Note that the natural frequency term in the expression can be expressed both in terms of the settling time and the peak time as desired [1]. Nise states that the larger a system’s bandwidth, the faster it responds to an input [1]. I do not have a good intuitive explanation for why that is (bandwidth itself is actually a little difficult for me to understand) but the equation below does show that relationship mathematically [1].

You may notice that the equation I gave above is complicated, and difficult to remember. Franklin et al tell us that it is also possible to represent this function with a linear approximation, for phase margins up to about 60 degrees [2]. The equation and the plot that illustrates it are shown below [2]. 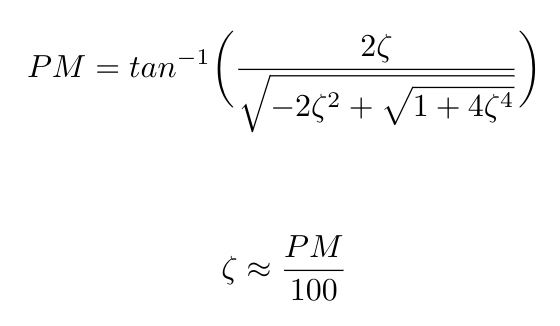 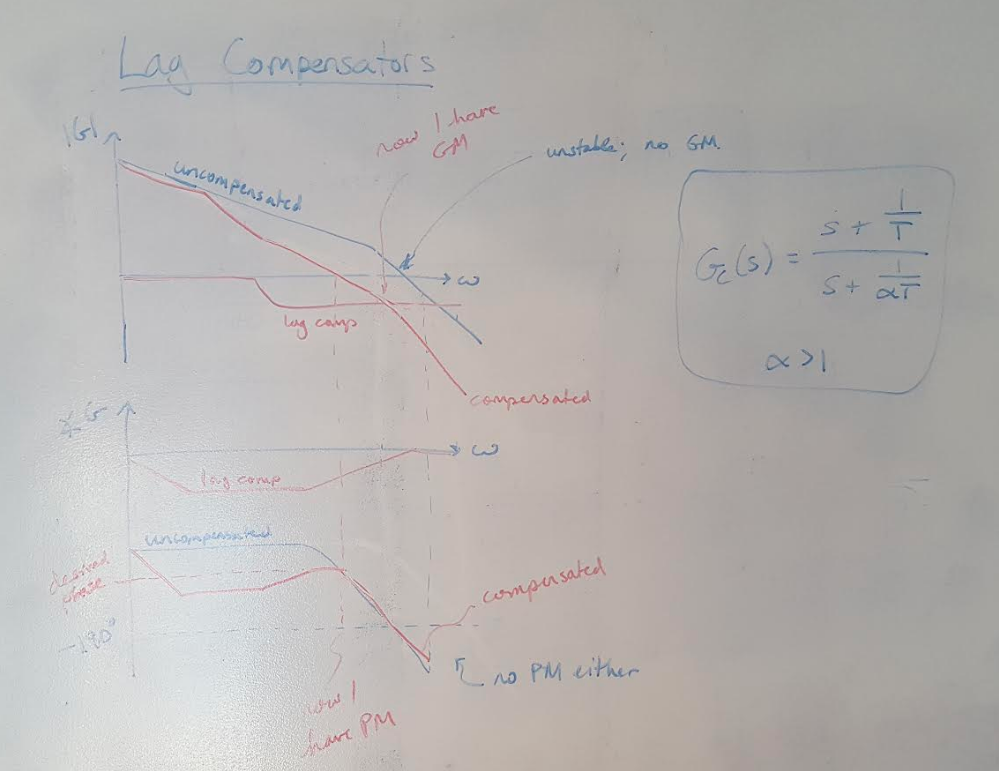