This is going to be my final post on the basic science of DNA - after this, I plan to move on to explore the exciting scientific applications of DNA happening today. But first I want to wrap up our discussion of the structure of DNA by talking about how nucleotides bind together to form the rungs in the DNA molecular ladder.

Last time we saw that each nucleotide contains a nitrogenous base: adenine, cytosine, guanine or thymine. All of these molecules are called nitrogenous bases because they contain nitrogen atoms. The lone pairs of electrons on these nitrogen atoms are critical for binding DNA together [1]. The lone pairs attract protons (i.e. positively charged hydrogen atoms) which are then attracted to other electronegative nitrogen atoms on other bases [1]. This kind of bonding is called hydrogen bonding, and it is the mechanism that holds DNA together [1]. This is especially important considering that the phosphate groups (on the backbone of the molecule) are very electronegative so they are constantly repelling each other. The hydrogen bonding is opposing this repulsion force and maintaining the structural integrity of the entire DNA molecule.

I have drawn all four nitrogenous bases below [2]. Notice that they can be subdivided into 2 groups: pyrimadines and purines. The pyrimadines are made up of one ring, while the purines are made up of two rings joined together. The bases also have specific binding rules: thymine only bonds with adenine, and guanine only bonds with cytosine [2]. This is going to be critical to everything else that we learn about DNA later on. 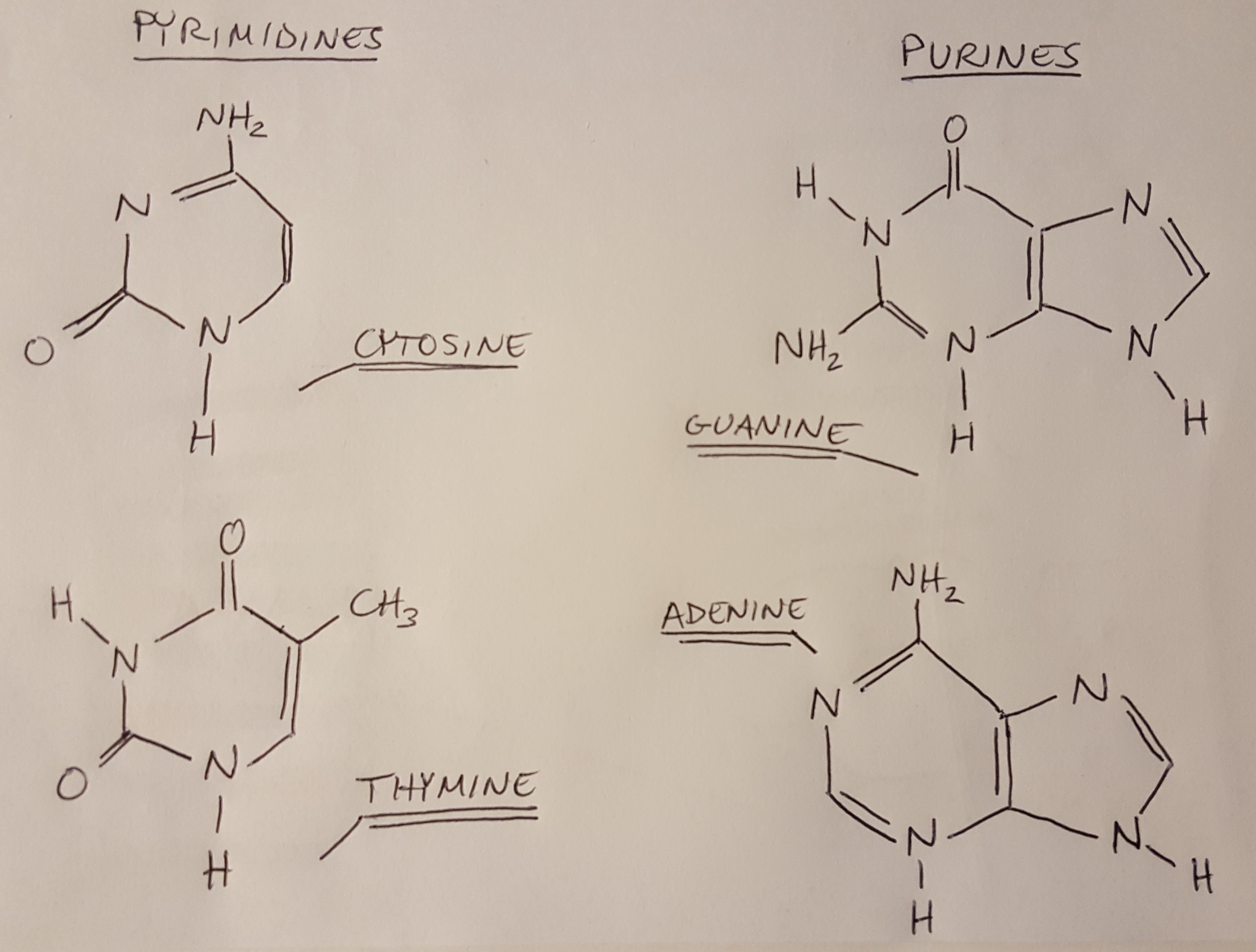 Now that we have covered the molecular structure of DNA, I will write a couple of posts about how we can use DNA as a building material on the nanoscale (10^-9 m). This is more relevant to the research that is currently being done at the Microsystems and Mechanobiology Lab at Carnegie Mellon University, and should be an exciting view into the possibilities of building nanorobots with DNA!