We are back to our regularly scheduled programming! In other words, it is time to nerd out on a topic related to artificial intelligence again. Today I wanted to write a very quick post on binary cross-entropy (also called the log-loss function). I am currently learning to build a generative adversarial network (GAN) in TensorFlow. The tutorial computes the loss for both the generator and discriminator networks with binary cross-entropy. I wanted to better understand how this loss function works and why it is an appropriate choice for this application.

Setting Up The Problem

In this tutorial, I am working with the MNIST dataset of handwritten digits. I am training a generator neural network to create novel images that look like they belong in this dataset, and simultaneously, I am training a discriminator neural network to decide if an image that it sees belongs to the MNIST dataset, or is a novel image produced by the generator. This idea is demonstrated in Figure 1. 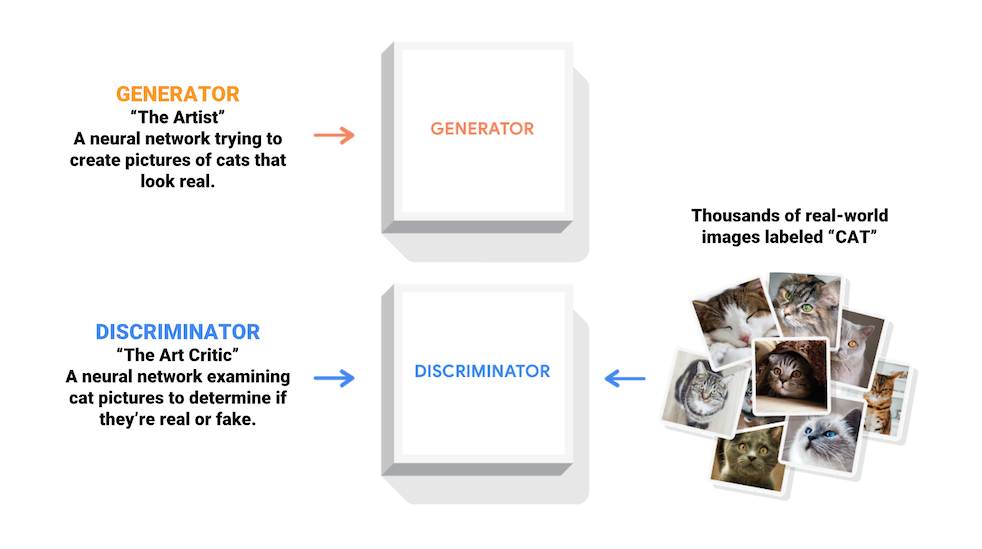 We use binary cross-entropy as a measure of the loss of the neural network, or its error in making predictions. Large loss values (aka large binary cross-entropy values) correspond to bad predictions, and small loss values correspond to good predictions [2]. This measure of the loss is then used in backpropagation to update all the nodes in the neural network so that they perform better (i.e. make better predictions) on the next round. Let’s dive into how this works from a mathematical perspective.

The equation for binary cross-entropy is as follows [2]:

The labels for the data are y and p(y) is the probability distribution of the labels over the dataset of values, x [2]. But how did we get to this equation, and why does it intuitively make sense?

The Concept of Entropy

The idea of information entropy was introduced by Claude Shannon in the 1940s as a way of measuring the uncertainty, or surprise, contained in a data distribution [3, 4]. You can think of entropy as a measure of the predictability of a data distribution [4]. If it is equally likely that our discriminator will see “fake” or “real” images, then the distribution of images has maximum entropy [4]. But if we are more likely to see fake images than real ones, perhaps split (fake = 75%, real = 25%), then the entropy of the data distribution decreases because it is now more likely that we will see fake images [4]. Shannon gives a formula for entropy as follows [4]:

The Importance of Cross-Entropy

This expression is another way of writing the Kullback-Leibler Divergence, which we have seen before [2]. As a reminder, it can be written as [2]:

The neural network is doing exactly this by computing the cross-entropy as a sum over all the data points that it sees during training. Notice that to write the expression for the cross-entropy, we assume that the data is uniformly random, i.e. that [2]:

This allows the neural network to compute the cross-entropy loss as follows [2]:

After some manipulation, we can rewrite this function to be exactly the expression for the binary cross-entropy loss we presented in Equation 1 at the beginning of this discussion [2].