Let’s say that we want to train our neural network to learn to do binary classification - basically we want it to do the same task that we can perform using linear regression or logistic regression. We are going to construct a neural network and give it a set of training data to learn to perform this task. Then we will present the neural network with some new data that it has never seen before, and see how successfully it classifies this new data.

An overview of a neural network and its learning process is shown in Figure 1 below. 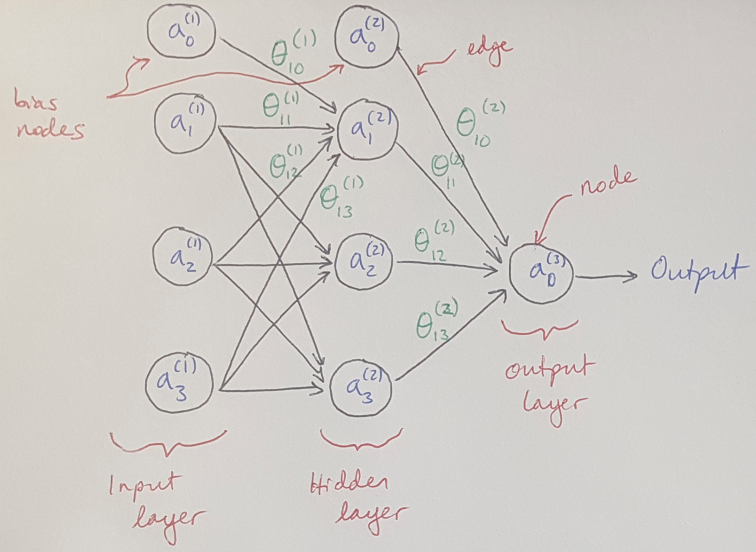 Our neural network will have a series of nodes arranged into 3 layers: the input layer, the hidden layer in the middle, and the output layer (see Figure 1) [1]. We can choose how many nodes we want to put into the middle layer - more nodes allow us to fit our model to more complex functions, but they will also come at a higher computational cost [2]. Having more nodes will also make it more likely that we will overfit* our model to the data [2].

Each layer of nodes will take in information from the previous layer as a weighted sum. This sum will be fed into the nodes’ activation functions, which determines whether or not each node should “fire” and send information to the next layer. This process is repeated in every layer until the final answer is returned by the output layer. The neural network then calculates the error between the output and the training data, and uses that information to adjust the weights in the neural network via backpropagation [1,2].

We define a weighted sum that generates the input to the activation function. In this example, theta represents the weights along each edge in the neural network (see Figure 1) and a represents the output from the previous layer [3]:

The index i denotes the i-th node in a layer, and n denotes the layer that the value corresponds to. Notice that each layer may contain nodes that are not connected to earlier layers. These are called bias nodes [2, 3].

Notice that the derivative uses tanh. This is helpful because if we calculate tanh once, we can re-use that value to calculate the derivative, which speeds up computation time [2]. We will use tanh as our activation function for our hidden (middle) layer:

We will compare the output from the neural network to the known value in the training data, and calculate the error between these two values. That information will be passed back through the network via backpropagation to update all of the weights, theta, so that the network returns a closer value on the next iteration. Backpropagation is a complex process in its own right, so I will write a separate post to explain it in detail.

*Overfitting is caused when the model tries to fit to absolutely every data point in the training set [3]. As an example, if you are trying to learn the difference between two categories, a model that is overfit to the data might draw a decision boundary that contorts itself to match the given training data, but will give poor results on new data [3]. See the figure below for more illustration.

**The rectified linear unit is also a ramp function, and a plot of the function is shown below [5]. It was developed relatively recently, in 2000, and was first used in neural networks in 2011, and was shown to have better performance than neural networks that used the sigmoid function [5]. 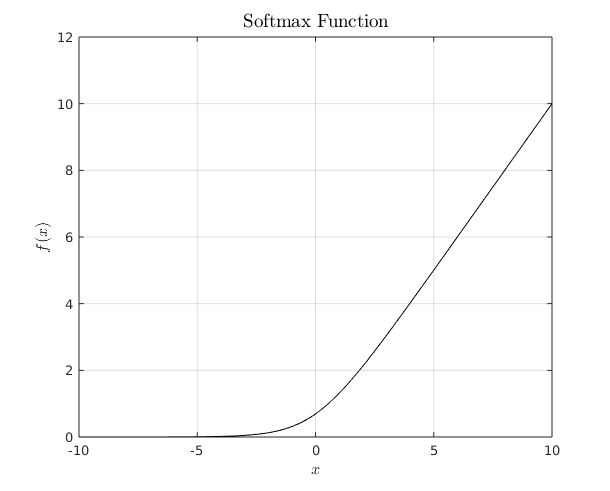 [1] Al-Masri, A. “How Does Back-Propagation in Artificial Neural Networks Work?” Towards Data Science on Medium. 29 Jan 2019. https://towardsdatascience.com/how-does-back-propagation-in-artificial-neural-networks-work-c7cad873ea7 Visited 28 Mar 2020.