Last week during a controls qual study session, I realized that I did not fully understand what non-minimum phase systems were. So I am going to briefly discuss what they are physically, and how that manifests itself in Bode plots, time domain responses and Nyquist plots. Let’s get started!

First let’s get some physical intuition for these systems. Steve Brunton suggests that we think about an airplane that wants to gain altitude [1]. Airplanes gain altitude by turning their elevators (a control surface on the tail of the aircraft) up, which causes the tail of the plane to go down [1]. As the elevator is moving up and the tail is moving down, the entire airplane loses a little altitude before it stabilizes in its new attitude and begins to climb [1]. This is how a non-minimum phase system behaves: there is some delay between when the control input is given to the system, and when the system responds to that control [1]. If you look at Figure 1 below, the time domain response of a non-minimum system is shown, and we can see that there is indeed a dip downwards before the system starts to respond to the control input and approach 1. 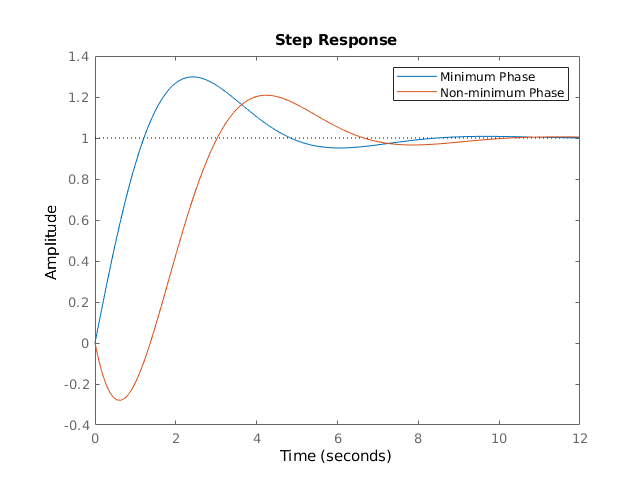 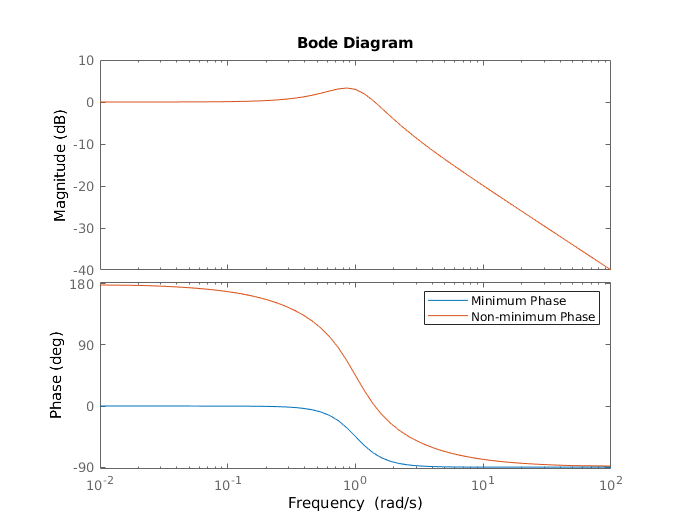 Since a minimum phase system obeys all the Bode plot rules, you should be able to analytically determine the transfer function for such a system from the Bode magnitude plot alone [2]. However, you should be able to identify a non-minimum phase system from the fact that its phase plot is inconsistent with the transfer function you would expect to see based on the Bode magnitude plot alone [2]. 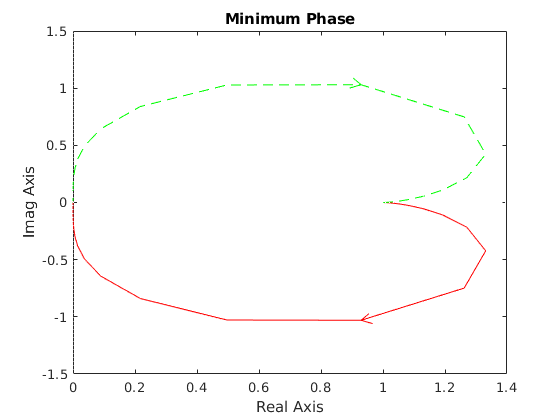 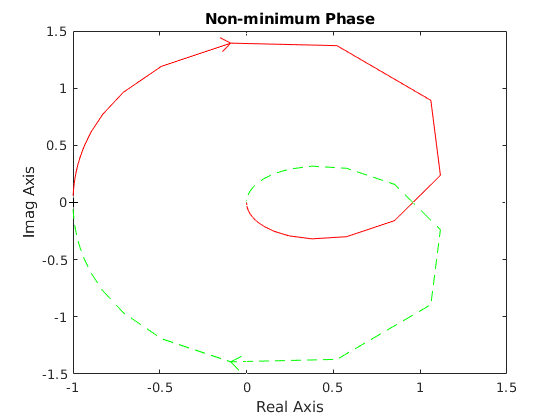