Although I have written a post on drawing Nyquist plots before, I was still feeling shaky in my understanding of the fundamentals, so I am going to use this post to try to cement my knowledge of where the Nyquist plot comes from. Please note that this entire explanation comes from Nise [1]; since this post is so detailed I am not going to cite specific sentences. Please understand that all information here comes exclusively from Nise [1]. 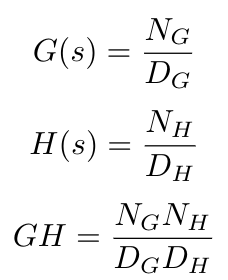 These two key facts are going to be useful in a minute:

(2) The zeros of the characteristic equation are the same as the poles of the closed loop system.

Now let’s explore the idea of mapping contours. We can map complex numbers, s, through a function f(s) to obtain another complex number, w. Any function can be thought of as a map from one value to another. We can also map contours as a series of points through a function. A contour is any closed line that we can draw. Let’s get to used to thinking about mapping contours by reviewing some basic facts about them and drawing them out.

I’ve drawn out 5 cases below to help illustrate this conceptually. 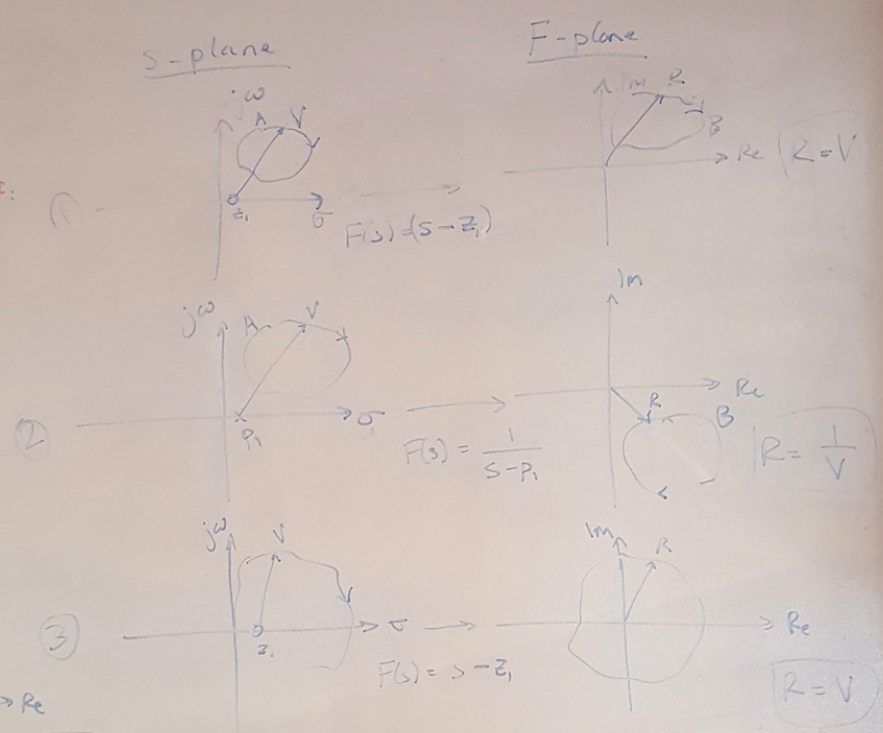 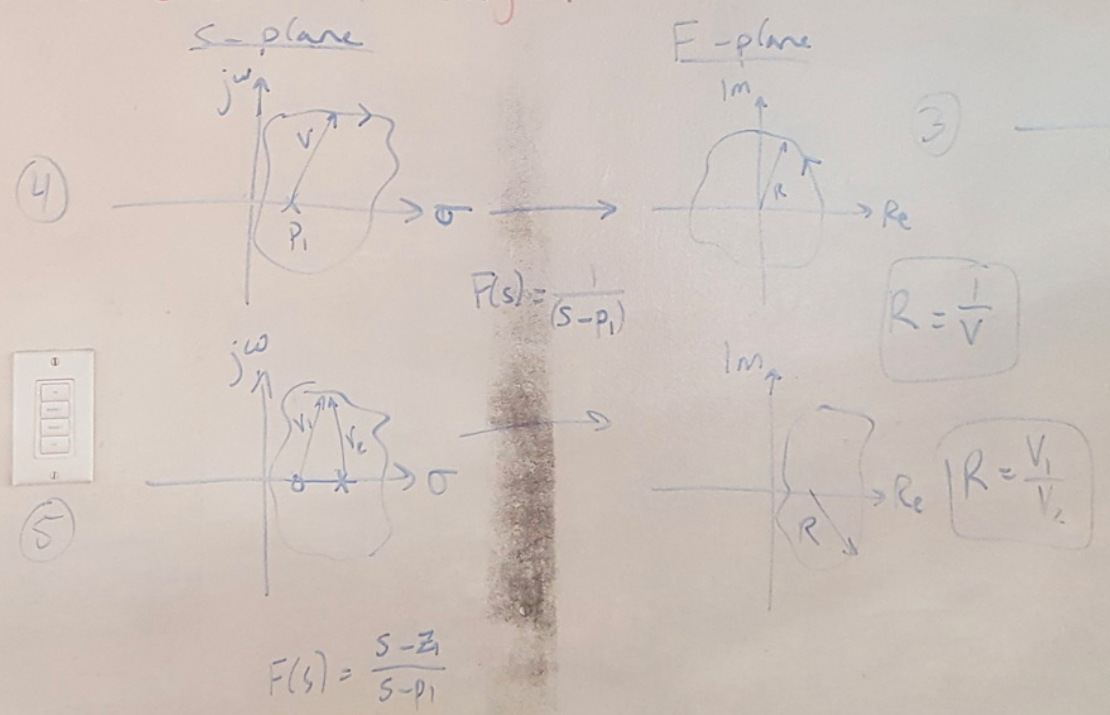 I don’t think it’s necessary to memorize these facts, but I think the key takeaway is that the mapped contour B will look different depending on whether or not contour A contains poles or zeros. These facts will make sense if we next think about drawing a contour around the root locus plot. Let’s say that I have drawn a contour around the root locus and my mapping function is the characteristic equation, F(s) = 1 + GH. Then I can see that as I move CW around contour A:

This is where I can get my Nyquist stability criterion from. From the observations above, I know that the net number of CCW encirclements about the origin, N, can be calculated as:

Now let’s take one more step. As I mentioned at the top of this post, the characteristic equation, F(s) = 1 + GH, can be difficult for me to analyze because I may not be able to find the poles and zeros of the equation without the help of a computer. But it’s easy for me to find the poles and zeros of GH. So let me use GH as my mapping function, F(s) = GH. Recall that my equation above is looking for CCW encirclements about the origin, but now that I have defined a new mapping function, I want to find the number of CCW encirclements about -1, because:

So here’s what I am going to do: I will draw a contour about the entire RHP of the root locus: I want to figure out if there are any poles in the RHP, because those will drive me to instability. Then I will map that contour using F(s) = GH and look for CCW encirclements abouts -1. I will use the same equation as before: 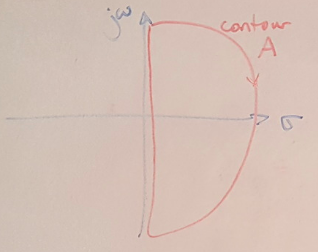 Now we can solve this expression. P is the number of open loop poles in the RHP and we can find this easily. N is just the number of encirclements of the Nyquist plot about -1, which is also easy to find. Then we calculate the value of Z. If Z is positive, then we know that we have unstable RHP closed loop poles, and therefore our closed loop system is unstable. I have two examples of this calculation below. 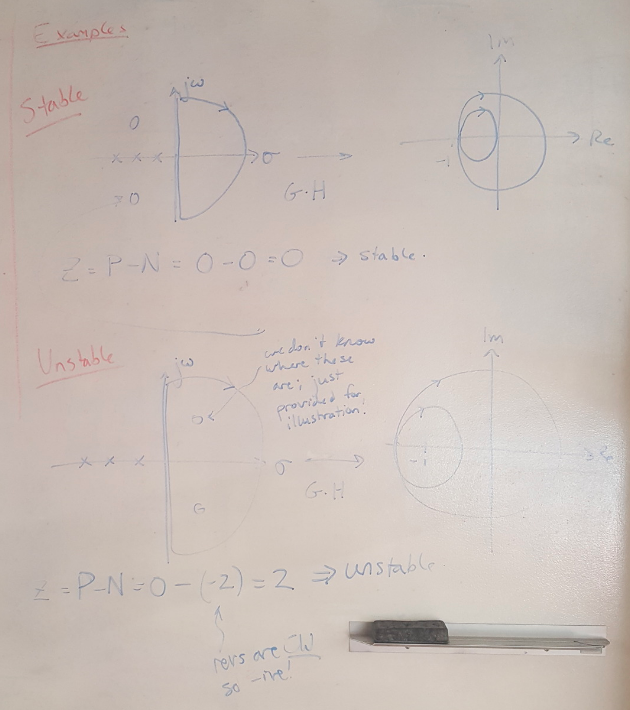